The Role of Histamines in the Inflammatory Phase of Covid 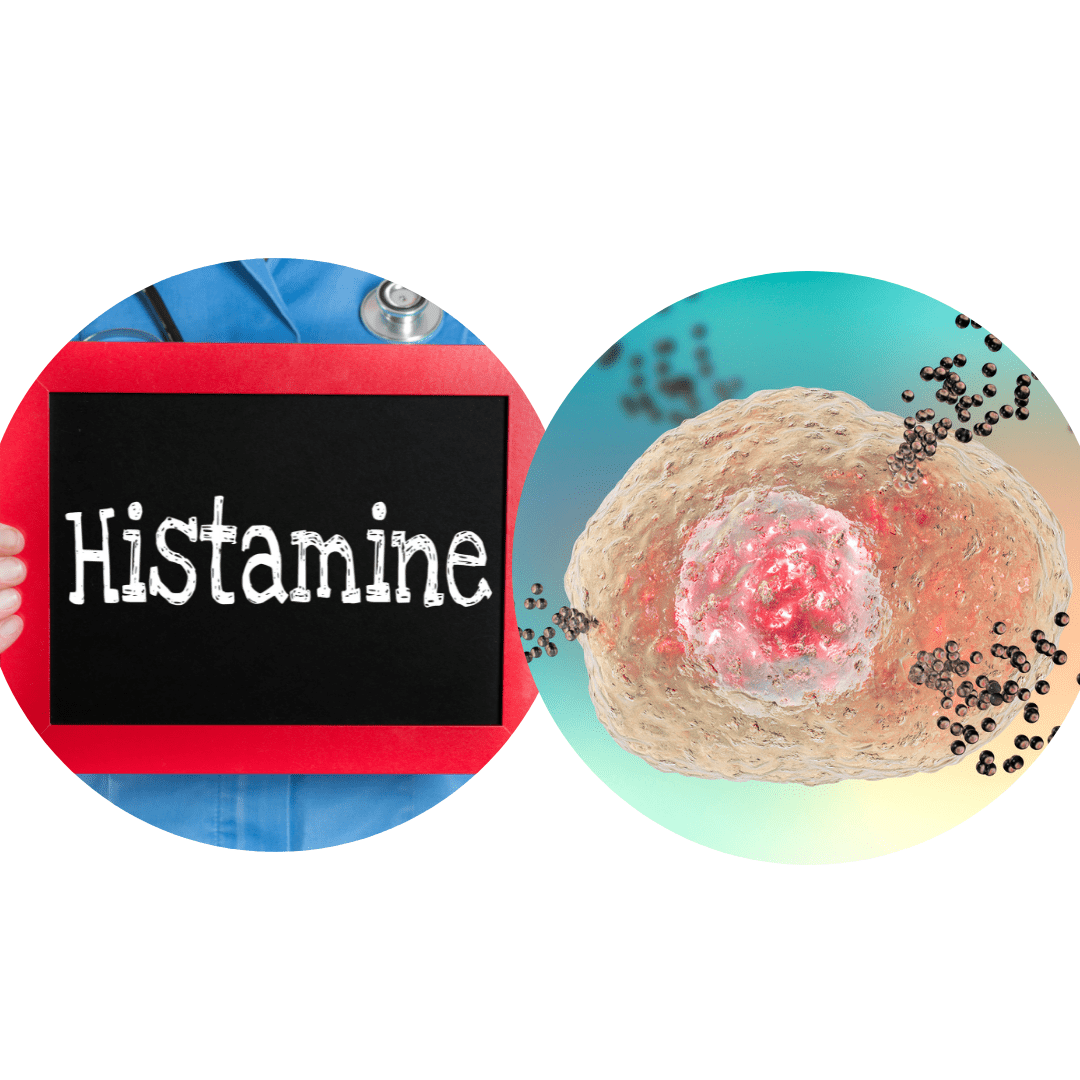 Well, it seems like Omicron is the main variant we are seeing these days.  While for most it seems to be a simple head cold with some sinus involvement and much less lung involvement, there are still some important things to know about Covid in general.  None of us should be taking this lightly and we should all be as educated as possible.

COVID AS A HYPERSENSITIVITY REACTION OR HISTAMINE RESPONSE

Viral replication phase is where most of the initial early treatments have focused  – like Ivermectin and Hydroxychloroquine.  Prevention of viral replication in essence would/could greatly reduce risk of Acute Respiratory Distress Syndrome (ARDS) which sent some to the hospital to be put on ventilators.

Inflammatory Phase starting about a week after initial symptoms now seems to point mostly to a hypersensitivity reaction due to the pioneering work and clinical experience of Dr. Shankara Chetty of South Africa.  Dr. Chetty had been seeing a worsening scenario on Day 8 of some people even if they had a super mild case of Covid and seemingly fully recovered by Day 7 but started to get short of breath and have low oxygen saturation on Day 8 and then start worsening from that point.

What he discovered was that for some people, a seemingly second exposure to Covid (after an earlier mild or asymptomatic exposure to SARS-CoV2 or similar virus) caused a significant hypersensitivity reaction cascade sometimes culminating into a cytokine storm, low O2 saturation and hospitalization.  Most of these people were younger (25-45), had mild cases of Covid to start and may have even felt fully recovered.  But on Day 8 (not Day 7 or 9) they took a significant turn for the worse.  Severity of Day 1-7 had no bearing on Day 8 for most.  The first exposure seemed to prime their immune system to over-react to the second exposure – like getting stung by a bee the first time rarely causes dramatic sensitivity but the body’s response to subsequent stings is more dramatic.

He then attributed this to a mast cell degeneration phase or a histamine response to the spike protein.  He strongly suggested that people be on both Histamine 1 (H1 – lung) and Histamine 2 (H2- gut) receptor antagonists from the onset of symptoms to prevent this.  It was a game changer for many and prevented many from worsening and being hospitalized.

Now the belief is that Long Haulers or Long Covid could be a mild, long-lasting hypersensitivity reaction as well.

The recommendation was to take Famotidine (Pepcid) 20-40mg 2x/day and Loratidine/Cetirizine (Claritin/Zyrtec) 10mg 2x/day to prevent this from occurring in the first place. It was difficult to determine who would react with this histamine response and who wouldn’t so the treatment (with steroids) was given to all with amazing success and this has been adopted in most early treatment protocols.

And there are some great herbal/nutrient histamine receptor antagonists as well:  Quercitin, Coleus forskolii, high doses Vitamin C, astragalus, and many others.

But, as always, I want to know the WHY.  WHY did the people who reacted with a histamine response react?  What was underlying this reaction?  It’s super great to be able to prevent hospitalizations and deaths with simple OTC medications or supplements but my goal is always to better understand WHY, right?!?!.

Bifidobacterium – a crucial, keystone gut bug plays an enormous role in managing histamine in the body naturally.  When I see high histamine on the microbiome test it always coincides with low Bifido strains.  Also leaky gut plays a role in allowing histamines to travel outside of the gut and enter the systemic circulation so the gut bug Akkermansia  So while we can give OTC meds or even herbs to lower histamines – if we are lacking the intrinsic ability to do it ourselves we are only band-aiding.

I think poor estrogen detox plays a key role.  We know that estrogen stimulates mast cells – the histamine releasing cells and down-regulates the enzyme that breaks down histamine so it makes sense that the inability to break down estrogens (whether male or female) has got to be a puzzle piece!

Bottom Line:  If we aren’t fixing the foundations we are making real progress in health!

Interested in getting a BiomeFX Test done with a full lab review by Dr. Kelley?  Call our office or visit the checkout page below!

Interested in chatting with Dr. Kelley?  Call our office or schedule a visit below!