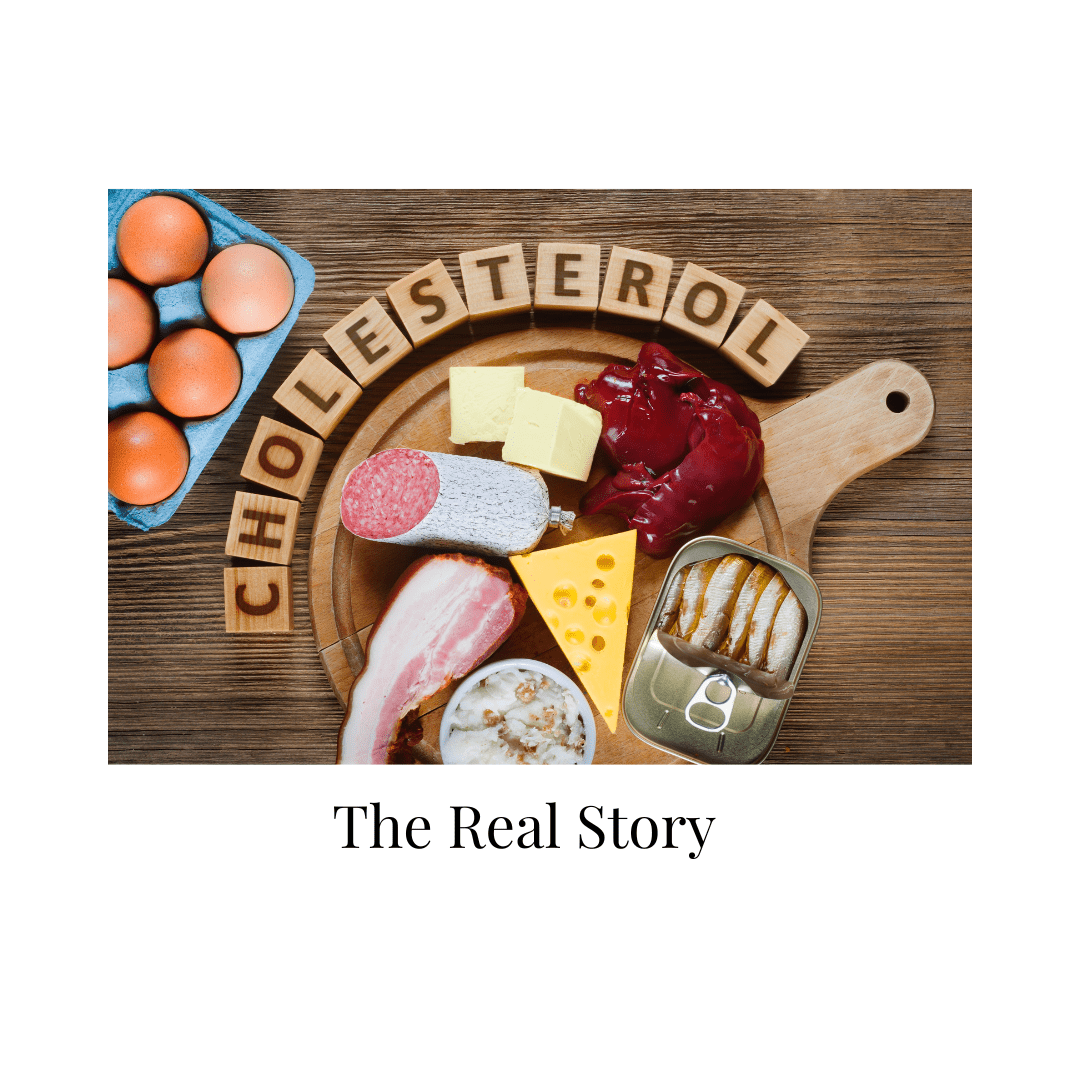 It’s interesting that no matter how “educated” and “informed” I find a client many still have a hang up about cholesterol levels – good or bad.  I hear things like “I’m so healthy but I can’t get my cholesterol levels down.” or “My doctor says I’m healthy because I have a cholesterol of 170.”

Always a focus on cholesterol as a measure of total health and it couldn’t be farther from the truth!

Boy, has Big pHARMa done a great job at brainwashing the masses into thinking that cholesterol levels are the end-all-be-all to health when in fact it’s a small piece of the health puzzle.

Who came up with the “healthy level for cholesterol” at 200??  Yep – you guessed it – the pharmaceutical companies!  There is NOTHING magical about that number except once again it gives conventional practitioners a reason to prescribe a drug – some are now prescribing statins at 180!!

A study done in 2008 called the Jupiter Study (Justification for the Use of Statins in Primary Prevention) showed a significantly favorable result using a statin (Rosuvastatin/Crestor) and significantly less heart attacks and strokes in people with low heart attack/stroke risk but high C-Reactive Protein markers.  The study was designed for 5 years but was stopped at 1.5 years because “unequivocal evidence of a reduction in cardiovascular morbidity and mortality amongst patients who received CRESTOR when compared to placebo.”

What came out of the biased study was the new idea of the use of statins in PREVENTION – so give these drugs to low-risk, healthy people – that creates MORE CUSTOMERS!!

In 2010 – unaffiliated researchers took a second look at the data from the Jupiter Study and found the opposite of the original study – NO evidence of decreased coronary deaths and they uncovered the incredible bias of the researchers and drug company involved.

Nine of 14 authors had financial ties to AstraZeneca (the makers of Crestor) and guess what else – the entire study was funded by AstraZeneca!

You do remember me saying ALWAYS read who funds the research, right?!?!  Do you honestly think a pharmaceutical company is going to let research stand that doesn’t support the use of their drug?  They just tweak results to fit their narrative – it’s always been this way and always will be this way

My Mom had a stroke almost 3 years ago.  They ran bloodwork including lipids/cholesterol. Next thing they try to prescribe was 40mg of Lipitor.  We immediately asked to see blood results when they were available.  We were SHOCKED to see my mom’s total cholesterol was 141!  141!!  And they wanted to prescribe the highest dose of a statin to lower it further!  When we challenged it they were perplexed why she didn’t want to take the statin.  We asked them why they would prescribe a statin when her cholesterol was already SO low (dangerously low in my eyes).  Their response “well, because she had a stroke and that’s what we give”.  She already had damage done to her brain due to the stroke so to deprive her brain from the healing powers of cholesterol was flat-out negligence!

So much of conventional medicine is nothing more than “fit the diagnosis with the drug” – there is very little thought put into treatments.  Shameful really – how many people out there are being given statins only to make their situation worse??

Let’s begin by gaining a better understanding what cholesterol is and why it is absolutely essential to our health.  Cholesterol is a fatty substance found in ALL cells and made by the liver – it plays many roles in the body including forming stress and sex hormones (cortisol, estrogen, progesterone and testosterone), making vitamin D, it’s found in cell membranes, makes bile (a fluid that helps digest fat) and insulates nerve cells.  But few realize that cholesterol is also a potent anti-oxidant, an anti-inflammatory molecule, scavenges free radicals and senses abnormal cells like those in cancer.

We tend to think that’s “bad” that it will “clog” the blood vessels but don’t you think the liver is smarter than us?  SO do we kill the messenger or do we address what I’ve discussed before – oxidative stress and inflammation??

Now it is true that LDL and cholesterol can become oxidized when inflammation is out of control – this will lead to irritation of blood vessels and that’s when plaques can form.

I have said for many years that cholesterol does not CAUSE heart disease!  But so many still believe that it does and they worry about the familial risk of hyperlipidemia and familial heart disease only from a standpoint of cholesterol – but the real risk of heart disease is oxidative stress, inflammation and uncontrolled blood sugar and insulin.

In my practice over the years I have worked with people who want to better understand their own cholesterol.  Many think to give up animal products is the way to lower cholesterol but I have found very interesting ways for people to stabilize their own levels by removing underlying inflammation.

With this in mind my clients and I worked on ideas on what is your body sensing as a “toxin” that you are being protected from?  Heavy metals? Alcohol? Toxic marriage? Dairy? Grains?  I have had patients that have had a significant response in cholesterol number changes with clients removing each of these – yes, one client got a divorce, changed NOTHING in his diet and his total cholesterol dropped 100 points in 2 months!  Another experiment was a client who stopped her nightly glass of wine – down over 100 points in 30 days – yep that’s it – 1 glass of wine!

You must realize cholesterol is a messenger.  We shouldn’t ignore it but I also don’t believe in simply lowering it by using even natural statins like Red Yeast Rice – which acts just like a pharmaceutical statin – only milder.

In my holistic opinion, statin drugs are dangerous – they are strongly known to cause mild to severe muscle pain and potential life-threatening muscle damage due to the inhibition of the formation of Coenzyme Q10 – a crucial nutrient in muscle health and integrity.  Also, over the years some studies have shown potential long-term detrimental effects they have on other parts of the body like increasing chances for developing Type 2 Diabetes, Breast Cancer in post-menopausal women and Alzheimer’s.

Remember – the body is wise.

We MUST effectively address the underlying issues of inflammation, oxidative stress and metabolic imbalance through diet, lifestyle, hormone health and gut health instead of throwing medications and supplements at the messengers!

Interested in chatting with me further?  Call our office or click on the button below to schedule a zoom call!